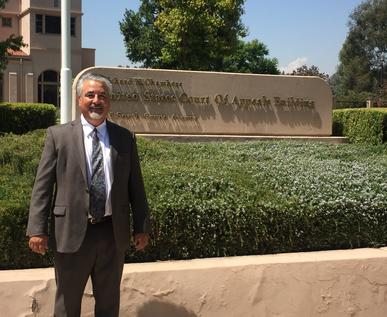 Wes Williams Jr. was born and raised in northern Nevada in the small town of Schurz.  He graduated from Yerington High School.  He then earned a Bachelor of Science in Civil Engineering with emphases in construction management and structural design from Stanford University in 1988 and his Juris Doctorate from the University of California, Davis School of Law in 1994.  He is admitted to the State Bars of Nevada (1998), Colorado (1994 – currently inactive status) and Arizona (1996 – currently inactive status).  He has represented clients in the United States Court of Appeals for the Ninth Circuit, state and federal district courts of Nevada, Arizona and Colorado; in addition to numerous tribal courts and intertribal courts of appeals.

Wes began practicing law in Northern Nevada in 1998 with the firm Williams & Emm, LLC. and established the Law Offices of Wes Williams Jr., P.C. in 2002.

Mr. Williams has served as a Tribal Court judge and/or Tribal Appellate Court judge for numerous tribes throughout the Western United States.  He has also helped establish tribal court systems for tribes in California and New York.  Mr. Williams’ engineering background has allowed him to serve as an arbitrator for a large design/construction case.